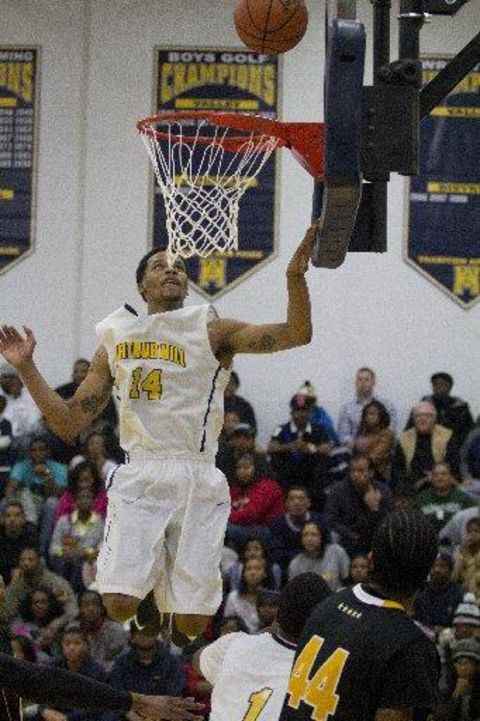 Could Jalen Adams become an A10 All Rookie Team player at Year’s end?

With the Bonnies’ exhibition game roughly three days away it is crunch time in terms of previews, predictions and prognostications for us bloggers.

With that in mind, we’re going to preview both the front court, as well as the back court in two different pieces. We’ll start with the back court which looks to replace the production left by Charloon Kloof and Matthew Wright. To say that those two players morphed into solid A10 guards would be a gross understatement when you look back on their senior seasons. Kloof led the league in A/TO ratio and became one of the most underrated point guards in the conference. His ability to break down a defense and excel on the fast-break will certainly be missed. Wright on the other hand, only become one of the best (top 10) pure scorers in the league. His three point shooting helped space opposing defenses down low for Ndoye and Simmons, he converted at the line with incredible consistency and he even became a great slasher who could finish at the rim off cuts and screens. Wright’s senior season was something very few could have seen coming during his junior year. He had his struggles but finished his career as one of the better scoring guards in recent team history.

So where does that leave this year’s version of the Bonnies?

Essentially, with a lot of unproven guards who need to take similar steps forward in order to turn this team from a bunch of unknowns to a bunch of knowns. When I worked with coach Schmidt during his first year he would often say we had to stop the “known” on any opposing team to have a good chance to win. Basically, stop their best two players…The guys you know are going to score in double figures on a given night. When I think about this team, I truly don’t see any “knowns” aside from Jordan Gathers…and he’s iffy if you consider a “known” someone who scores over a dozen a night.