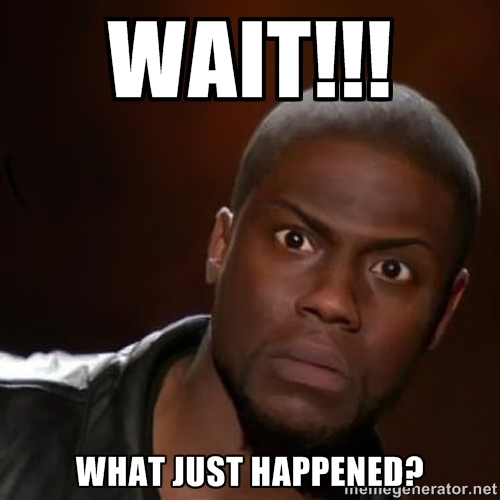 This win was an instant Classic.

Listen I’m not even going to lie. I had a whole post written about dropping this game and I have other stuff to do right now. So, the loss post  has been deleted. This is the win post- it’s very brief.

The short of it? The Bonnies were getting rolled, down 12 at the break, down more in the second half. Duquesne was shooting it from everywhere and making shots. It was ugly. Then, I turned it off and stuff happened. Posley went for a mind-numbing 36 points on 8-11 from three. Ndoye who hadn’t even dressed basically in the first half finished with 20/15 and four blocks. Jay Adams had a double-double with 15 points and 14 helpers. Sh*t was bananas. I really don’t know what else to say. This is one of those games where we 96% of the time climb back only to lose by two. Not this time. I literally couldn’t watch Duquesne’s last three point effort. Only listened while asking St. Francis for a road win. He heard me.

I’ll take it any day of the year. Throw the shame on me if you’d like for turning the game off…..I deserve it….. I’m going to crack open a beer, enjoying being 4-2 and try to wrap my head around how the hell we won this game. We’ll have more on this tomorrow- but for now….ROLL BONNIES!