Alston vs. Adams: What the Stats Say 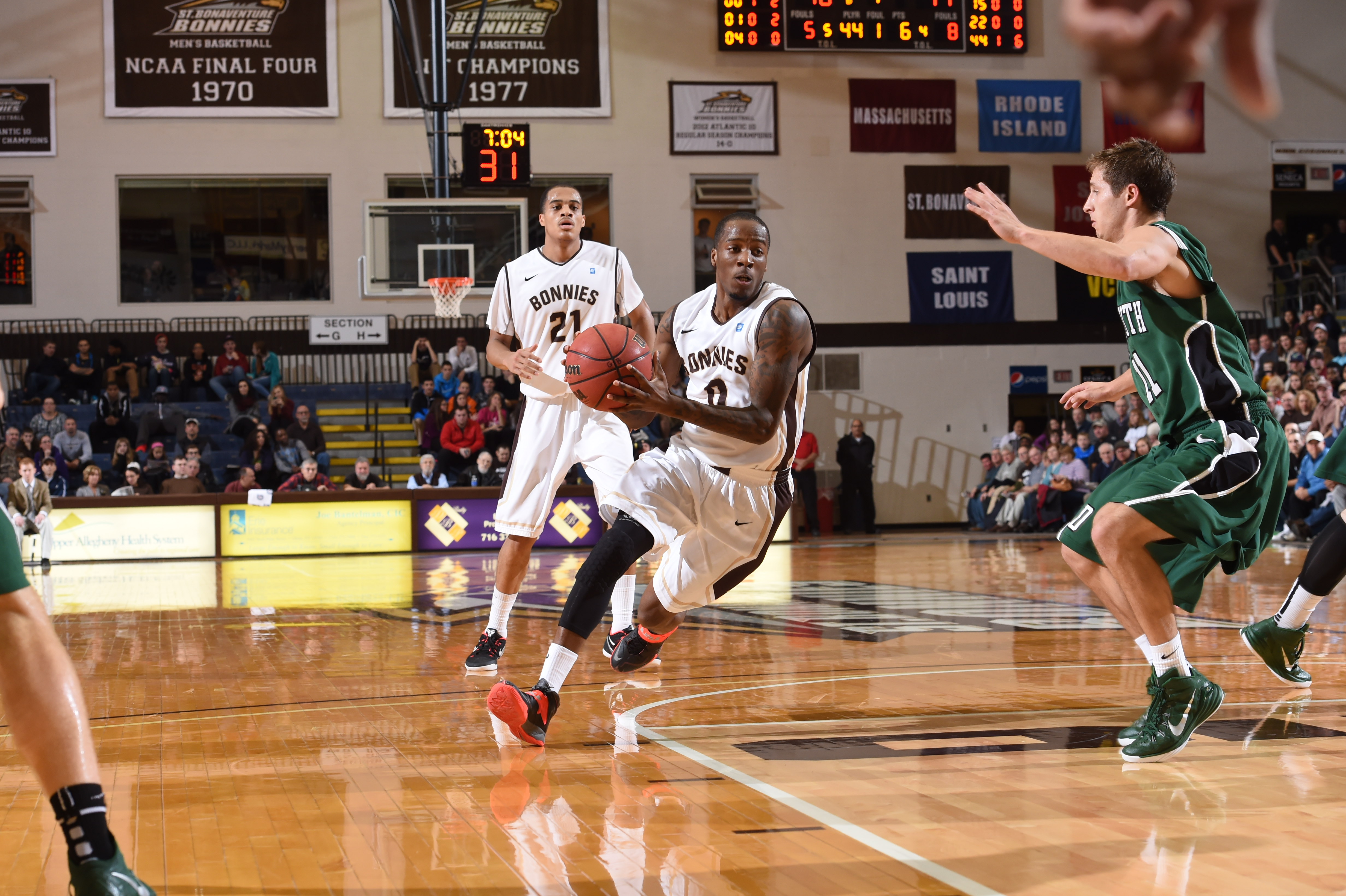 It’s next man up time as they say and that means Iakeem Alston is your new PG.

With the Dayton loss officially marking day one in the post Jay Adams portion of the season (unless you’re holding out hope he will return, which I guess is possible) the Bonnies are really going to learn what they have in junior point guard Iakeem Alston. Alston, whom many thought (including myself) would be the team’s starting point guard from day one due to a combination of experience and Mark Schmidt’s history of not fully trusting freshman, has been a mere bench player; playing just eight minutes a night. The junior has played sparely this season behind Jay Adams and to be honest, has seldom made an impact when on the floor.

That’s all about to change.

In his first start of the season against Dayton Alston scored 11 points, had three assists and three turnovers in 30 minutes. He shot 4-4 from the field and 3-6 from the line. All things considered, it was a very strong game for Alston whose previous career high in points was six against Dartmouth in the opener. Alston’s four made field goals were obviously, also a career high.

Now, he will have the keys to the offense for the foreseeable future. Many Bonnies fans believe the season may as well have ended with Jay’s injury. But is that the case? What does Alston really bring to the table?

From the eye test there are a few things Alston does BETTER than Jay: He’s quicker with the ball, he is more adept at getting into a defense off the dribble and he’s a better defender. Alston is a better athlete than Jay and his ability to get into the lane is a nice change of pace from Jay who is a more “perimeter” oriented point guard.

There are also things he’s not as good at: Shooting from any distance, overall command of the offense, passing and pacing of the game. Alston does not seem to demonstrate the same level of “control’ in the half-court as Jay most time and can play out of control. He can’t stretch the defense with three point shooting and he is generally trigger shy outside of five feet.

But what do the stats say? Let’s take a look.

As you’ll see below, pretty much everything you viewed with your naked eye holds true when we consider the stats of the two Bonnies’ point guards. Jay’s offensive rating (a complex score based on a number of factors) is in the top 400 nationally. When you consider that there are roughly some 350 teams, it basically means that Jay is our best offensive player from top to bottom (Dion is actually ranked a tick higher but still). Since offense rating factors in things like shooting percentage, turnovers and assists, a volume scorer like Marcus Posley is actually given a rating of 105, third on the team. As you can tell Alston is sitting below 80, a number only higher than Idris Taqqee on this club (not good news).

So, one may find it odd that Iakeem takes 22% of the team’s shots when he is in the floor compared to Jay’s 15%. Very shocking to me considering I feel like Alston passes up shot after shot when on the floor…In terms of Effective FG% and True Shooting % Adams is easily the better player. Alston’s inability to make three point shots and free throws (1-5 on the season from 3PT, 48% from the line) really hurts him here because 3PTers are giving 50% more value. Given his preference to shoot inside (layups) Alston HAS to improve his FT percentage to have any chance of improving his shooting metrics. A drive first point guard shooting under 50 percent from the line is unthinkable. I know by this point in the season it’s hard to expect guys to improve at the line but I’m still holding out out hope from this day on he’s more like a 60% shooter…

A place that Iakeem does out preform Jay is in the steals department where he nabs one twice as often as the freshman. That’s nothing shocking if you’ve watched SBU this season. Finally assist rate. Here, Iakeem actually has a higher assist rate than Jay. However, it should be noted that Jay’s turnover rate (20.3%) is much lower than Iakeem’s (32.4%) making the assist number a bit misleading.

All in all the numbers back up what we’ve already known about these two. So, if you’re worried about the Bonnies ability to win with Iakeem at the helm your thoughts are likely valid. Jay Adams is by almost all measures (eye and stats) a far better player right now. That’s just the truth, it’s not a knock on Iakeem. Jay played at level few thought he would this season and replacing him will not be easy. This team’s lack of depth has hurt them before but now it may become a real issue. Mark Schmidt would love to have Jordan Gathers right now to run the offense.

However, what we can hope for is that Iakeem improves his numbers and production with increased playing time and responsibility. And no, I don’t mean he will go from scoring 2.1 a game to 6.1 a game…we all know that will happen when you play an extra 23 minutes. I mean will his shooting percentage get better? Will his A/TO rate level improve? And ultimately, will he make the players around him better? Will we win games at the same clip? Those are the things we’ll look for going forward. If Alston can limit his turnovers, shoot a better percentage from 2PT and the line and keep his teammates productive on offense he has a chance to keep the Bonnies in this A10 race. If SBU wins three of their last six games I’d call Alston’s effort satisfactory.

Winners of 11 in a Row, Bonnies Can’t Stop Winning Now