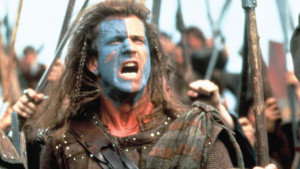 With five games left it’s time to Rally the troops and end the sulking.

With five games left in the regular season our Bonnies appear to be limping towards the finish line. Losers of three straight following back to back buzzer beating wins, the brown and white sit at 6-7, ninth place in the 14 team A10. Time is running out to make a push towards the upper half of the league standings. Fans are irritated, the weather is freaking unbearable and the Bonnies aren’t making life on their fans any easier. Life isn’t great.

Given the loss of point guard Jay Adams it’s hard envisioning the club righting the ship heading into Brooklyn. There’s no question about that. Jay was the team’s offensive general and a good one at that. His decision making and shooting ability have already been missed despite Iakeem’s best efforts in limited action.

The team has lost both games without Swaggy, and lost them both in nearly blowout fashion. Marcus Posley, he of buzzer beating fame, appears to be hitting a wall. Ndoye has been just “blah” of late and when the fans finally got to see Jalen Adams he’s yanked after a missed three pointer; sent back to the bench as fast as he got off it. That bench is being stretched further than Schmidt would like to see and upcoming road games at St. Joe’s and George Washington leave little to be optimistic about given historic records at those venues.

Admittedly, it’s not looking so sunny in Olean right now.

So what to expect on February 19th, with five games left to go?

For me, I expect this team to find two wins in these last five games somewhere, somehow, someway.

I don’t care how it gets done but when you close out the season with Duquesne at home, St. Louis on the road and Fordham at home you better win more of those than you lose. Mark Schmidt has made his career in Olean in finishing right around that 15-16 win mark and I expect him to find a way to do it again this season, short-handed or not. Certainly it won’t be easy but anything less than 15 wins and this season goes from “meeting” most’s expectations to very much underachieving (especially considering the 6-1 start. But, since the Pittsburgh loss the Bonnies are a poor 7-10. It’s been an up and down season with a lot more downs lately.

Yes, the team seems to be in a major funk right now, and maybe the loss of Adams truly is too much for this team to overcome, but we’ve seen this before and we’ve seen SBU respond. To count them out entirely would be unwise.

Remember the 2011-2012 season when the Bonnies reeled off four wins in a row to end the season in 4th place. That streak followed SBU losing three out of four games. Crazier things have happened. Sure, this team doesn’t have Andrew Nicholson, but neither did last year’s team that beat La Salle and St. Louis in Brooklyn. Schmidt’s guys have a way of keeping us guessing and a way of giving you one ray of hope just when all the clouds seemed to have formed.

So with that said…

This is not a time to give up on the team or leave them for dead….although Lord knows it may be easier on the heart and blood pressure.

Let’s remember this club was picked to finish 11th in the league. Right now, they’re overachieving according to most media/coach types. While I never viewed this team to finish that low a lot of people did. Don’t be a “bandwagon” fan and write this team’s obituary Sunday morning if they lose to Phil Martelli’s team and then show up on Saturday in Brooklyn if/when they manage to “shock the world” and win two games. Be a true fan, stick it out through the bitter end as they say.

What you thought we were going to beat VCU then reel off five wins and take the league’s top place?

Come on. Be real. This is the Bonnies they’d never make life that easy on you. They love tugging at your emotions. One week you’re me: rolling around on the kitchen floor following a buzzer beater in Davidson. Then you’re me again: running down onto the RC floor from atop the reds to celebrate a wild win over VCU….only to curse the same team after the UMass disaster.

You’re a Bonnies fan. That’s how we live game by game. This team is a part of us, embedded in our souls. It’s a gift and a curse.

There’s five games left in a season that’s flown by. It’s time to make a final push for a top seven seed in the tournament and gear up to making a run in Brooklyn. Will it happen? Who knows. But at the very least you’ve got to keep believing and support the team because seeing them 30 times isn’t enough.

Come April everyone will be counting down the days to next season’s opener…don’t start the countdown a month early. Finish strong.

I leave you with this…