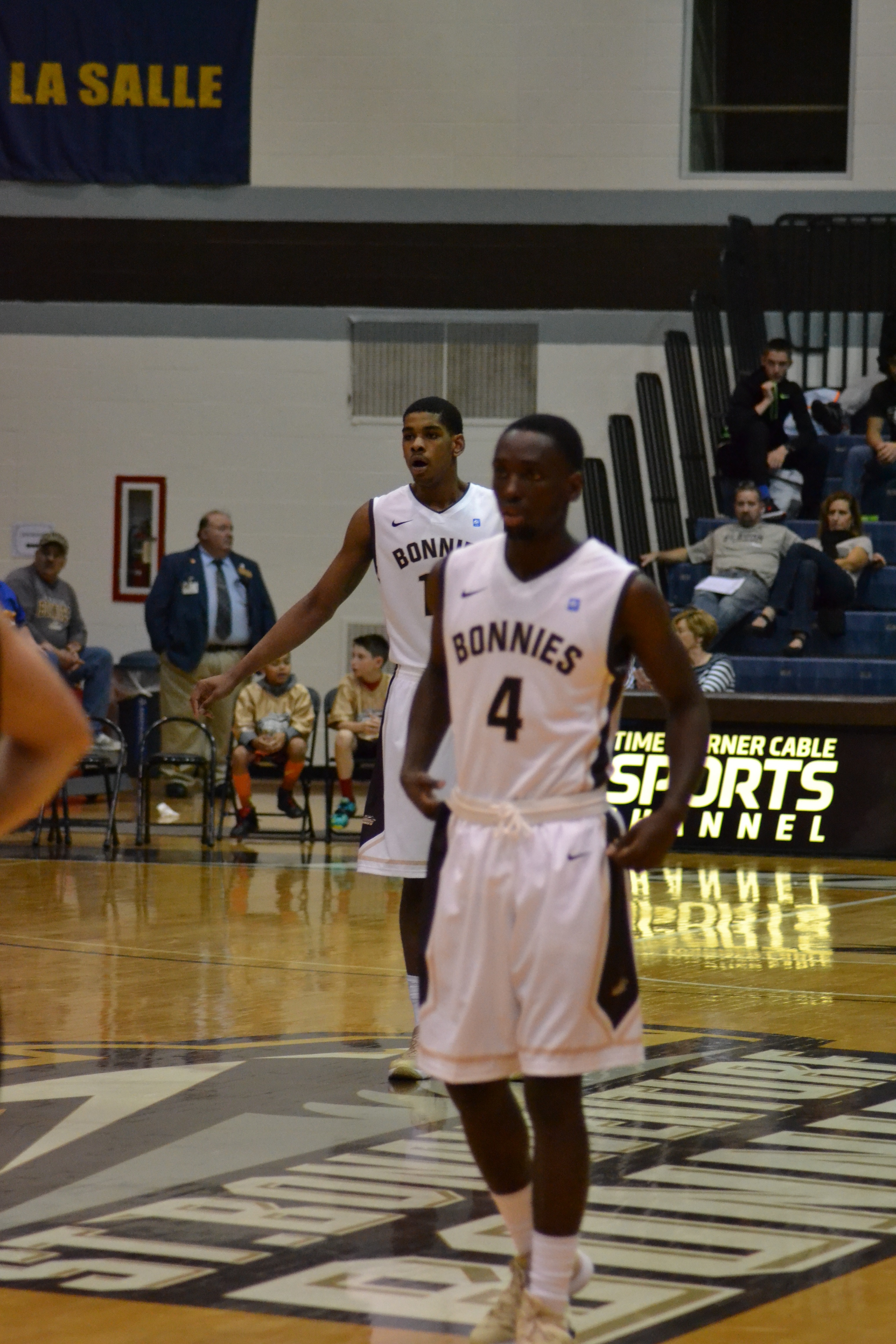 Freshman Nelson Kaputo sparked the Bonnies off the bench with a key three pointer and a few steals.

There was no doubt heading into the season opener Friday night that the Bonnies would be rusty. Most teams usually are after the long layoff. But this year’s version, short on players and just short, needed a bit more time than usual to find their footing against an inferior Binghamton team. Still, the Bonnies did find their way to a ten point win, and no matter how ugly it was (and it was ugly) Mark Schmidt and company are 1-0 on November 14th. When I was a manager with the team Schmidt would preach the goal over and over again during the offseason, “To be 1-0 the morning after the opener.” With that said, let’s take a look at five big takeaways from the opener.