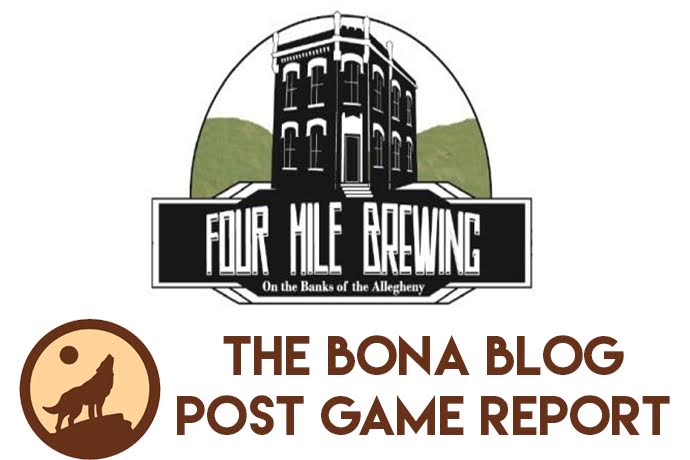 Prior to the game tonight, Bonaventure fans read news on Twitter that Dayton’s best player Charles Cooke, would not play tonight and were collectively elated. Cooke is the Flyers leading scorer and rebounder and is one of the five best players in the conference.

It seemed the Bonnies had caught a huge break and the Flyers would likely not have the fire power to keep up with Jay Adams and company. I said 74 points would win this game. What could go wrong?

As Archie Miller and Dayton have proven time and time again…never count them out.

Dayton used a tremendous…wait for it…three point shooting display, to torch the Bonnies all night and coasted to an easy and impressive 90-74 victory in the Reilly Center.  Dayton pinned down 14 trifectas to burn the Bonnies and quiet the crowd the entire night.

Dayton locked up Jay Adams and Matt Mobley about as well as any team can (holding them to 12-30 shooting), and showed once again why they are the cream of the crop in the A10 and why they, to be honest, own our Bonnies…no matter the rosters, injures or whatever else you can conjure up.

SBU falls to 1-1 in A10 play and now preps for a very good George Mason team on Saturday in the RC. 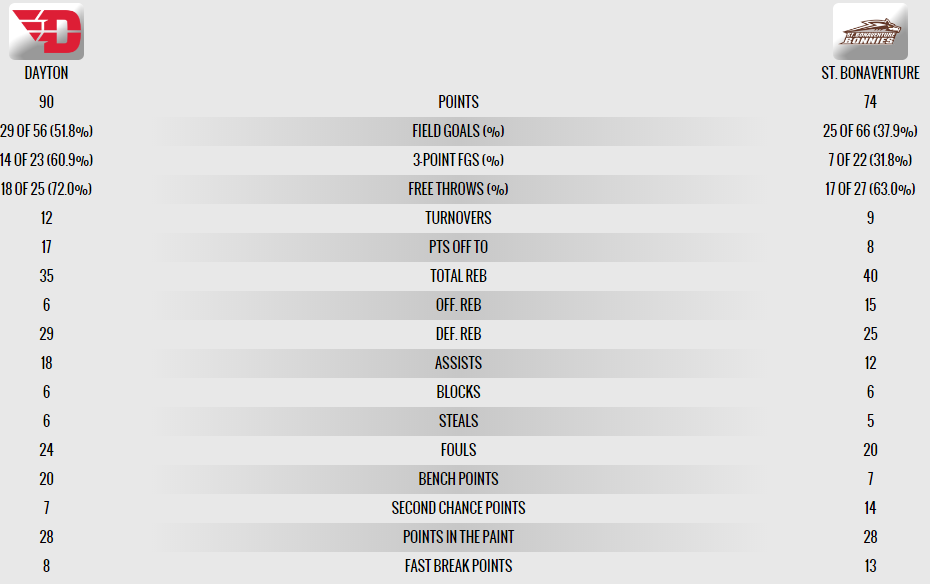 Moment of the Game:  Let’s go with Scoohcie Smith’s back to back fast break lay-ins in the second half that put UD up a dozen or so points. It was at this point in the game I knew our boys didn’t have a come back in them and I could start penning this piece to have it out ASAP for all our readers. I love Scoohcie, and now I never want to see him play my team again.

Up Next: SBU continues the home stand on Saturday afternoon with a tilt against a good George Mason team. Jon May will have the full preview of that one coming later in the week for you all.