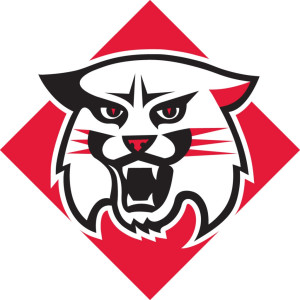 The Bonnies meet the Wildcats down in NC on Wednesday night.

The Opponent:  The newbies of the A10, the Davidson Wildcats (14-5, 5-3). The Game will be played at the Belk Arena at 7:00 PM. Davidson was picked to finish 12th in the A10 this season as the media was widely skeptical of their ability to compete in this league from day one. Well, looks like they (me included) were all wrong (Though I wouldn’t have picked them as low as 12th). Davidson has a legendary coach in Bob McKillop and run a terrific “program” seemingly making an NCAA Tournament each season or two. Already more than competing in the A10, Davidson could become an annual contender with better “talent”. They may be without their second leading scorer and PG Jack Gibbs whose been dealing with a knee injury. He has been out for the last few weeks but is doubtful according to reports. Davidson is currently on the wrong side of the NCAA bubble but has plenty of hope to change that in the last month plus of the season.

The Rundown on Davidson: Simply put: the worst possible match-up for the Bonnies. Davidson is an exceptional team at shooting the basketball and run a guard oriented system that is tough to keep up with on the defensive end. They play fast, they shoot three pointers at will and stretch the heck out of a defense. Teams that refuse to switch on screens generally find little success on that front (teams that do also struggle too, so it’s a pick your poison of sorts). While they are a younger team, and lack superior athletes, Davidson’s ability to run their offense to perfection allows them to get the most of our their roster. Davidson is the type of team that can hang 100 on you if you don’t defend them. Having said that, they’ve been trending down just a bit of late losing their last game to St. Joes, and beating George Mason in overtime prior to that. They hammered Dayton, but got blown out by Richmond before that. Davidson is, in my mind, the single worst match-up for SBU due to their offensive system. They and Dayton are two teams I want no part of seeing in Brooklyn (VCU also but those are my top three).

Their Strength: Davidson sports a top five offense in colleges hoops. How do they do it? They play pretty fast, they shoot a lot of three pointers and they make a lot of them. Davidson ranks 27th in the NCAA in 3PT percentage and 26th in 2PT percentage.They score 39.5% of their points on three pointers, 9th highest percentage nationally. You know what else helps? They turn the ball over the 5th fewest percentage in the country. They’re a team filled with shooters, they run an offense that spreads you out big time and sees defenders struggling to keep up. Nearly everyone on the floor needs to be guarded up to 24 feet from the basket. If they’re on- forget it. You’ve got no shot of winning unless you’re beating them in a game played in the 90s. St. Joe’s was able to totally shut them down in the second half this weekend and dropped nearly 50 on them in the last twenty. Maybe our staff saw something in that tape….maybe we can borrow Bembry for the game too.

Their glaring weaknesses: Like any team that plays fast and takes a ton of long shots they aren’t fantastic on the defensive end and do give up some easy buckets on run outs due to longer rebounds. They rank 216th in defensive efficiency and are 273rd in points allowed per game (70.0). Another positive for the Bonnies is they don’t turn their foes over often as they don’t apply a ton of pressure. They rely on speeding teams up to beat them as most clubs aren’t used to running and gunning for 40 minutes like Davidson is. They are relatively young but that hasn’t held them back thus far.

Their best player(s): Most would have said Jack Gibbs but he’s likely out for the game. Davidson is a super balanced team with five players averaging in double figures and seven players averaging at least seven per game. But since we always go with one the player I’d fear most going into tomorrow night would be Tyler Kalinoski the 6-4 senior leader. He’s averaging 16.7 points, and doing it by shooting 43% from three and 46% from the field. Kalinoski is one of five Davidson players shooting at least 40% from three. Honestly though any Davidson starter could go for 20+ on any night.

Reason to be Pessimistic:  There are plenty. We can’t stop teams from making threes (generally speaking) and that’s where they butter their bread. They’re a high scoring potent offense who spreads you out, then lights you up. They’re balanced and play super smart basketball- as you’d expect given their tremendous head coach. Davidson is unbeaten at home this season; another reason to worry about the outcome. On the Bonnies’ side, the boys are coming off two loses and Marcus Posley hasn’t made a three pointer in either of those games. If SBU has any shot of winning this game, they’re going to need firepower from deep and that means Posley needs to find his shot right away.

Reason to be Optimistic: Not many; if we’re being honest. The only thing I can think of here is that Schmidt and company generally find a surprise win in the schedule; maybe this is that win. We always say that you never know what to expect from this team so maybe they stun us tomorrow night down in NC…but I’m not holding my breath (for whatever reason I did pick SBU to win this game back in the fall). I am however beyond excited to get in the car with my brother and his friend on Friday morning and head on up to Olean to kick off the VCU weekend…That’s something I’m optimistic about (the trip, the game…eh). (We’ll be at the Burton bright and early on Saturday, hopefully we see some folks there).

Series Notes:
This will be the fifth meeting all-time between the schools and their first as Atlantic 10 Conference opponents. The series is tied at 2-2. Davidson is in its first season in the A-10 after a long history in the Southern Conference. The last game between the schools was in 2002, a 77-72 Wildcats win at Belk Arena. The first meeting in the series was a first round NCAA Tournament game in 1970 which St. Bonaventure won 85-70.