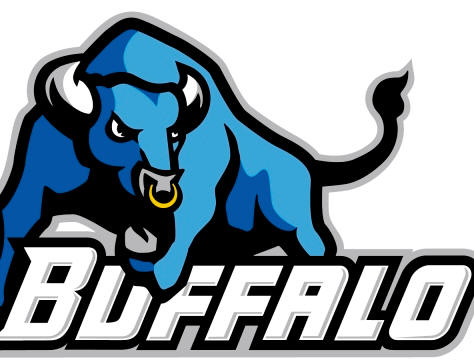 Both UB and SBU will get a test Wednesday night in the RC.

The Opponent: The 4-1 Bulls of Buffalo out of the Mid-American Conference. Buffalo has won their last three games including an absolute beat down of city rival Canisius last weekend. Buffalo’s only loss this season came at the hands of #1 Kentucky whom the Bulls led at the half..they eventually lost by 19.

The Rundown: Buffalo is the best team SBU will have faced so far come tomorrow night. Siena is a “decent to good” team in the MAAC but for Christ’s sake they just lost to A10 doormat Fordham last night (killing our RPI). Buffalo won their division last season, won 19 games and brings back a pair of starters. So far this season the Bulls are generally playing very good defense and struggling more so on the offensive side of the ball much like the Bonnies. UB sports at top 100 defense in terms of efficiency coming into the contest. While their coach Bobby Hurley believes this team can be every bit as good as last year’s version, the Bulls are certainly looking to fill big shoes. The Bulls lost three starters from last season including the league’s 2nd best 3PT shooter, the league’s number two assist man AND the MAC player of the year in Javon McCrea. Buffalo is a team, again, like the Bonnies who has depth and talent, but is trying to fill those voids and bridge those gaps between potential and results early in the season. This is a good team who will very likely challenge for an NCAA bid in their league. If the Bonnies are going to sweep the Canisius-Niagara-UB series this year they will past their toughest challenge last.

Last time we met: Last season the Bulls downed SBU up in Buffalo by five points. SBU lost Matt Wright for most of the second half of that game which was a big blow to our chances. UB made 28-32 foul shots and canned six second half three pointers to secure the win. Their backcourt of Skeete and Shannon combined to score 34 points on 5-9 from three…both players are back.

Their best player(s): Tough call to make because they clearly lose their three best players last year but we can go with big man Justin Moss who is averaging 17.6 points and 9.2 rebounds in 28.8 minutes so far this year. Moss was a virtual benchwarmer last year and saw only ten minutes in our match-up last year. So far in 2014, the 6-7, 240 pound Moss is shooting 47% from the field and a nice 77% from the line. He actually shot a fantastic 57% from the field last year, but in only nine minutes per game. He’s using his big frame to produce in a major way down low and will have to be contained by our bigs. I think this is a game where Chris Dees could get some extra time due to his ability to defend guys of Moss’ size. Ndoye will need to stay out of foul trouble early because if I am Hurley I would feed Moss early and tell him to go at Ndoye to see if I could put him on the bench.

Their glaring weaknesses: They really don’t have one that jumps out at you. They are really bad at keeping their opponents off the glass though. So far, UB has allowed foes to grab an offensive board on 36.4% of possessions, 298th worst in the nation. If the Bonnies are going to get a second possession down the floor on one out of every three trips (without turning it over) it’s hard to see SBU not having a good chance to win. That is a ton of second chance opportunities and a likely, a chance to get to the foul line more. In a lot of ways, offensive rebounds are a lot like turnovers and in this regard, SBU may have a chance to exploit this weakness….esp. Dion Wright who makes his living off short rebounds and ugly put-backs.

Their bad stats: As noted above UB is a poor team on the defensive glass…where we have excelled in recent years. We should be able to win the battle of the glass in this game. They are not a great shooting team (31% from 3PT and 44.8% from 2PT) which ranks them 214th and 227th nationally. They are however….

Their good stats: A really good free throw shooting team at 74.4%…50th nationally. UB is also in the top 70 nationally in the following stat areas: 3PT defense, 2PT defense, FT Defense (they’ve been super lucky as opponents are shooting a horrible 60% vs. them from the line) and block percentage. So, if you got the drift of the stats the Bulls are a very sound defensive team who is going to make it difficult for the Bonnies to score. SBU has struggled in major ways to score already this year, so I would expect this to be a lower scoring game where possessions are extra important. Turnovers, free throws and offensive rebounds will likely be key in winning this game vs. a defensive minded foe.

How Buffalo can win: If they play the type of defense they are capable of, force us to beat them inside with a zone or tight man to man and limit turnovers and convert at the line. Buffalo’s opponents shoot it at just a 42% clip from the FT,3PT and 2PT areas…top 40 in the NCAA. They shoot it just 28% from three, where SBU has already struggled to score from. If Buffalo takes away our ability to knock down any three point shots, makes their free throws and keeps us off the glass this is a game they can, and maybe should win. Their defensive metrics, while early and of small size, are really impressive. It is however, important to note that UB has played some pretty bad teams including South Dakota St., UT Arlington and Grand Canyon (Is that a real school?)…In fact, Canisius has been their second toughest foe aside from the Wildcats.

How the Bonnies can win: As always, flip that script. SBU needs to know UB is going to make it really hard to score from the perimeter. So, does that mean abandon the three point shot? No. But, it does mean to take only good ones when open and to feed it inside to Ndoye who looks like he’s ready to break out of his slump after his Niagara game. It does mean that guys like Posley cannot shoot themselves out of the game by jacking ten three pointers if they’re going to make two of them. Crashing the offensive glass will be key since they are so poor in grabbing boards and scoring on those second chance opportunities is key. We suck, beyond suck, right now at defending the three (38.3%, 289th worst) so we need to freaking play some extended defense tomorrow night and close-out on shooters….maybe some of that 1-3-1, though I don’t like guys out of position if I can help it….It’s tough to beat anyone when they can damn near 40% of their three pointers. Finally, when we make teams take two point jumpers were are AWESOME. SBU ranks 6th nationally (Kentucky is 1 with their freakish length/height) in 2PT Defense at 36%. Make them take contested two point jumpers and we will have a much better chance of winning. Finally, fast-break as much as possible…