The Result: The Bonnies turned in a fantastic game tonight at Blue Cross Arena in Rochester, blowing out George Mason by a score of 75-55. With the win SBU moves to 2-2 in league play after having dropped their last two. Youssou Ndoye turned in a monster effort tonight with 28 points, 13 rebounds and 3 blocks. Bonaventure dignitaries such as University President Sister Margret Carney, Spark Man Hanna and his Uncle were spotted at the event going bananas. 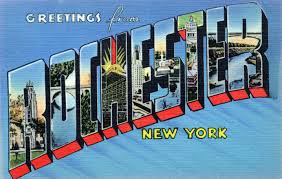 The Bonnies were as good tonight as they were bad on Sunday in a 20 point win.

What You Should Know: The Patriots got out to a roaring start going up early in this game on the heels of pounding it inside to junior center Shevon Thompson. The Bonnies entered the night making just 3 of their last 23 three pointers and they missed their first 4 tonight. It wasn’t looking good for the Brown and White, but all the sudden the offense started clicking, and it was kick-started by Marcus Posley who scored on a lay-up, another fast break lay-up and a three pointer in a blink of an eye. The Bonnies seemed to be gaining all sorts of confidence as Youssou Ndoye went absolutely nuts in the opening frame tallying 19 points and 9 boards. We’ve gotten on the big man for vanishing this season so it’s only fair to give him all the praise in the world for just making the first half his playground tonight. The Bonnies grabbed an impossible 14 first half offensive boards…a total that I don’t know I’ve ever seen. Dion Wright picked up two fouls in the half which allowed Idris Taqqee to play a bit and he did well. I liked the fact that he took some shoots and was active on offense. Shit, JALEN ADAMS even got two minutes at the end of the half. All was right with the world.

The second half was honestly a lot more of the same. Ndoye continued to score. George Mason continued to miss. SBU played with great energy, fueled by Posley and Youssou.  Mason never had a chance tonight. The fact that GMU didn’t make a single three pointer until inside of the last three minutes was certainly helpful. SBU was also aided by Mason’s foul troubles as Thompson and Jalen Jenkings missed large chunks of minutes. Once Thompson picked up his second foul the game turned on its’ head and Ndoye took over.

You Knew It Was Over When: Chris Dees grabbed a rebound and Andell Cumberbatch threw down a two handed fast-break dunk to put the Bonnies up 47-28 with 15:06 to play. Mason’s likely to be fired Coach Paul Hewitt called a timeout and I knew the Bonnies were on their way to 2-2.

The Good: Man, the highs and lows of blogging every single game of this team is really something. I didn’t list a single thing in this space after the Richmond game. Tonight, the list could go on and on. First, off Ndoye played like an absolute monster on rocket fuel. The kid was pissing and breathing fire. I mean I have no idea what got into him tonight, but Schmidt and the Bonnies need to figure it out. The team hit the glass in a big way, they were aggressive and they came out shooting the ball even though outside shots weren’t going down early. I liked that resolve in our guards. Defensively this was a fantastic effort. It wasn’t easy defending Thompson (and I’m not sure how great of a job we did but) inside but they did what they had to. Getting Jalen Jenkins into foul trouble was a help as well; credit our aggressiveness.  The Bonnies moved the ball as well offensively as they have all year and put the game away. Limiting our turnovers to only nine is a welcome sight.

The Bad: Not really the time to get on him but Jay Adams is slumping shooting the ball and scoring in general. We need him to be a more of a shooter to compliment Posley. There’s no two ways about it. In his last four games Adams had made just 3-18 three pointers and after tonight (0-5) he’s 3-23 (13%) the last 4x out . That’s a major shooting slump. “Swaggy J” as he likes to call himself needs to find his jumper for Schmidt’s bunch to really compete night in and night out. Posley can’t be taking 20+ shots a night as much as I’m sure he’d enjoy that. Also, I’m starting to question Denzel Gregg’s ceiling…I really thought he would be a huge shot in the arm when he came back but he’s basically been just another guy off our weak bench. Also, could Schmidt have gotten the subs in a bit sooner in this rare conference blow-out win? 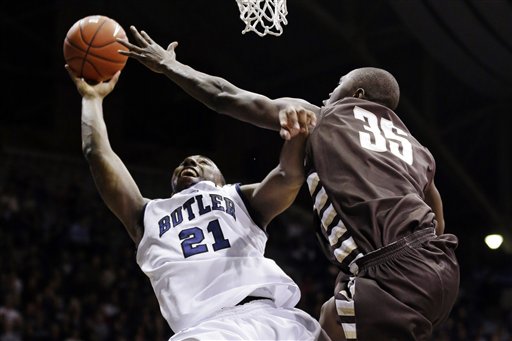 Ndoye was a monster in every sense of the word tonight.

Bonnies’ Player of the game: Ndoye. The big man inside did it all tonight. Scored. Had a number of monster dunks. Rebounded the ball. Blocked shots. Served beer in the stands. Made his free throws. Shoveled people’s walks and driveways in the area…This was one of, if not Ndoye’s best game as a Bonnie. One to add to the potential NBA camp highlight reel. We got on him for vanishing like a fart in the wind against Richmond but he and Posley killed it tonight. They were a two man wrecking crew. Someone buy the big fella a round tomorrow night at the OP.

Foe of the Game:  Shevon Thompson (18 points) is a beast. A fun to watch juco big man. In the first five minutes I thought Mason may roll us and he may score 30 points. Instead the Bonnies were able to turn the tide and Mason wound up getting their doors blown off. Nonetheless, Thompson is a great looking big man. Really enjoyed watching him work; especially since we got the win going away.

Bad stats: I mean….the bench scored 2 points in a game we won by 20…I won’t go there yet but next season….I have some concerns.  20 fouls against could be improved upon. 6-21 from three is only 28% - this has to get better. Like I said above, a lot of that is riding on Adams getting his shooting touch back. Posley needed 19 shots to score 22 points (13 three point tries). That’s some Kobe shit…Whatever we’ve said all year we will win and lose with his shooting. Tonight we won big.

Ivan Kovacevic Unsung Hero of the game: Another kid I’ve been critical of at times (hey someone’s got to be honest) Cumberbatch played a very sound game tonight. The senior with the NJ Devils tattoo on his arm chipped in 12 points on an efficient 4-7 shooting.

Tell Me Why: Mark Schmidt had the starters in up 20 with a minute left in the game and Cumberbatch is taking charges? Come on….this can’t happen. There was NO reason at all not to have Jalen, Denzel, Idris and company in the game the last 5-7 minutes of this game.

What’s Up Next: SBU gets back on the bus and travels home to play the beloved Saint Joe’s Hawks on Sunday at 2:30 (nationally televised on NBC sports network). SBU will be looking to move to 3-2 in the league which would complete a nice 2-0 home stand before traveling to Duquesne later in the week. Saint Joe’s stinks this year and after they embarrassed us in Brooklyn last year it would be great to beat them twice this season. We’ll get the first crack this weekend. I’d expect the Bonnies to open up as a favorite of around 3-4 points.