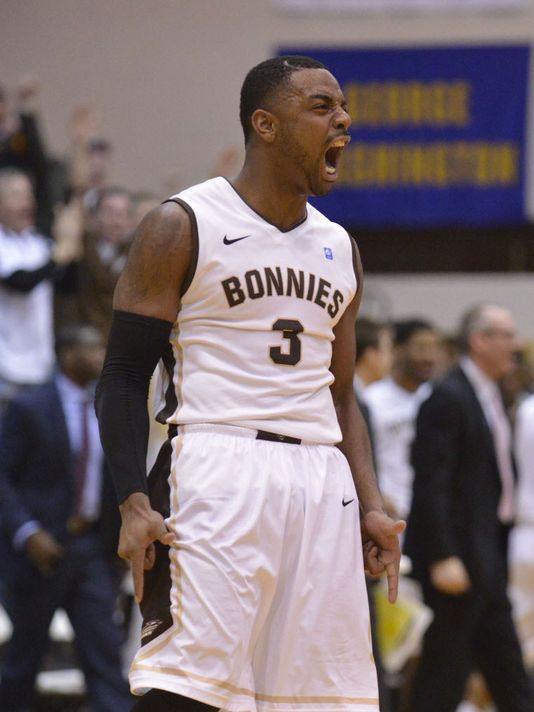 Posley enters the season as SBU’s biggest scoring threat and best outside shooter.

The low down: Posley burst onto the scene last year and was about as impactful as a transfer as you’ll find in the Atlantic 10. Marcus was named to Third team All A10, averaged 16.7 points, scored 20 points or more 11 times and fashioned a pair of buzzer-beaters in back to back games against Davidson and VCU. For most of the season he was the Bonnies’ MVP. For a guy who averaged 6.5 points at Ball State, Posley was everything the Bonnies could have asked for and much, much more. There was no doubt he worn down at the end of last season, a byproduct of his minutes (35.9 per/3rd in A10) and went into a miserable stretch during late January to mid-February. Posley will be counted on to lead the Bonnies in scoring this season and will be a marked man from game one by every foe. It will be interesting to see how the senior plays without Ndoye inside. There’s no doubt he will love having Jay Adams back, allowing him to move back to his natural position of shooting guard.

Biggest Strength: When Posley is hot he is a cold-blooded killer (see at Duquesne). Posley can carry a team with outside shooting on any given night and gives the Bonnies a weapon from distance. While his shooting came and went during the meat of league play, Posley still posted a solid three point shooting percentage that should go up this season now that he’s back on the wing. If the Bonnies can spread the scoring load around more this year Posley should be able to score just as many points, but do it with fewer attempts.

Glaring Weakness: Like any shooter, Posley can shoot you in and out of games. I wouldn’t say Posley has any major flaws in his game, but nights like Rhode Island (3-12), La Salle (2-12), Dayton (5-18), George Washington (4-13), St. Louis and Fordham (3-12) can be tough to overcome. If Posley wants to become a more efficient scorer he needs to cut down on those really poor nights and focus on getting to the rim more. He displayed a nice ability to get into the lane off some screen and rolls and more of that would be nice to see. Given SBU’s overall lack of shooters, they can ill-afford to have Posley posting many 3-12 type nights.

Best Case: First Team Atlantic 10 guard who scores close to 20 points a game on a Bonas team that finishes in the top half of the league. Posley shoots closer to 40% from three and does so while playing less minutes per game.

Worst Case: I can’t see a major regression with Posley (because we know he’s going to shoot and play a lot) but a worst case would likely look like a 14 point per game player who shoots 30% from three and 35% from the floor. We know Posley is going to score but HOW he scores is the key. If the senior needs 17 shots a game to average 16 points the team will suffer. Schmidt needs to try to decrease his minutes and increase his shooting percentages; in an ideal world.