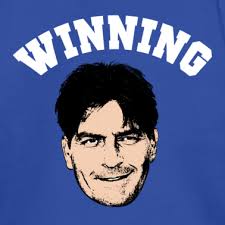 The Rundown: The Bonnies got out quickly in this one and never looked back. The first half was sloppy in terms of turnovers and generally non-fluid play but that’s to be expected in the team’s first real action of the season. If  there is any one thing I took away from this game it was that this is, to me, the deepest team Schmidt has had since arriving in Olean. I’m not saying this is the best team. But this team does not seem to have any true “dead weight” on it. No Brett Roseboros. No Sam DeHass. No Yves Toupans. No Jake Hous-whatevers. God bless those kids but they weren’t division one players. This team has A10 talent from top to bottom and that is beyond refreshing to see. It was also great to see the team start a true freshman at point guard in Jaylen Adams. It’s been a long, long time since this team had a young player at that position. Schmidt has done it with the JUCO guys, which has been fine, but imagine Jaylen developing over four full years. That would be awesome to see for this program. All in all, I left this game feeling really good about the individual parts, but less great about the team as a whole. I think this team has a ton of potential but it’s going to take some time to develop. I think this will be a fun season with some ups and downs as this team has talent but lacks experience at some key positions right now.

What the result means for the Bonnies: Nothing. It means the Bonnies are fully healthy and ready for next weekend.

Player of the Game: Junior Dion Wright finished with 20 points on 10-12 shooting. He again, made his living inside scoring on a number of rebounds and put-backs. We did not see an improved jumper from him yet…let’s hope that’s coming next weekend. Wright could easily be the Bonnies leading scorer this season with his ability to finish inside in a variety of ways. Adding a jumper though, is a must if he wants to become a complete player and more of a stretch four man.

Good Stats: 28 turnovers forced and 28% shooting for the game for Mansfield. Individually, we saw nice games out of Posley (14 points), Gregg (11 points). We’re not going to go nuts here, you need to take stats in a game like this with a grain of salt. As Schmidt said after the game, this one is more about how good looks then what the box score says. Jaylen looked good, Posley looked good and I thought Taqqee also stood out as solid performers in terms of guys you had questions about coming in.

Bad Stats: 16 turnovers was a lot against a non-division one team. 52% free throw shooting was’t good but they’ve been good in this area year in and year out. 16 offensive rebounds against was also not good to see. The Bonnies will have to be a lot better than 6-23 from deep most nights in the A10 to grind out wins. Again, it’s early and so you don’t want to read too much into any of these stats but you can bet Schmidt has these highlighted tomorrow morning in the film session.

What we Liked: The newcomers. Jaylen Adams looked very solid at point guard in his first game as a true freshman. In addition, Taqqee, Posley, Alston and the other Adams also turned in solid efforts. Like we stated above, if there is one thing you came away thinking after this game  it would be that this team has talent from top to bottom. The outcomes in terms of turnovers, rebounds and the like need to get better, but the talent and personnel is there and that’s what’s most important right now. This team has A10 talent and athletes.

What we Didn’t: There wasn’t a whole lot not to like in this game. The turnovers and rebounding margin certainly leave room for improvement but you knew going into this game there was going to be some rust. For many of the players, it was their first time on the floor in a division one setting and as such, mistakes and jitters were going to set in. Turnovers have been an issue for the Bonnies for some time now, so we’re assuming this is something that will be dealt with on most nights this year. The rebounding and free throws are items we aren’t worried about.

Ivan Kovacevic Unsung Hero Award: How about D. Gregg coming off the bench to chip in 11 points and five boards. The sophomore looked comfortable, as expected. We think he could take a big leap forward this season with increased minutes. At first glance, Gregg looks more athletic and more aggressive with the ball.

Anthony Solomon Head Scratching Moment: When Youssou Ndoye missed the front end of a 1-and-1 in the first half, neither team initially attempted to rebound the ball. Meanwhile, the refs were running to the other end of the floor. That’s exhibition basketball for you.

Questionable call of the game: Dion Wright was called for a technical foul for supposedly hanging on the rim too long after a dunk late in the first half. It was a bad call, especially considering that Wright the only reason hung momentarily was safely to halt his momentum.

From press row: After a Xavier Smith jumper rimmed out in the first half, SBU-TV play-by-play man Chris Schneppner said the ball “toilet bowled out.” We’ve heard that line during pickup games at the rec center, though never on a broadcast. Good thing we’re fans of toilet humor, especially when it involves turd metaphors.

Prediction Records: Everyone is 3-0.

What’s Next: The Bonnies take on Dartmouth next Saturday night at 7 PM in the season opener.