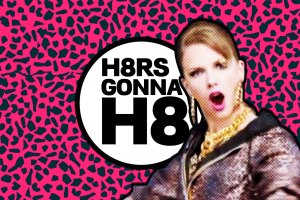 Winning has made the Bonnies a hip team to hate lately.

I thought it would be difficult to find someone who voiced more negative and unkind feelings towards the Bonnies and Western NY than our friend VCUPav, but it appears the guys over at Turtle Boy Sports have a strong, to very strong hatred for the Bonnies and the faithful Reilly Rowdies.  I for one believe that there is no such thing as bad press.  I actually enjoy reading about peoples dislike for the Bonnies.  The strongest emotions are directed at the teams (and the fan bases) of those that beat them.  It would appear that a rivalry has been growing amongst these two teams since Andrew Nicholson and the boys beat down UMASS in the 2012 A10 Semi-finals.  Over the past 4 years the Bonnies have gone 4-2 against the Minutemen.  So here’s to you Turtle Boy!  Thanks for the press!