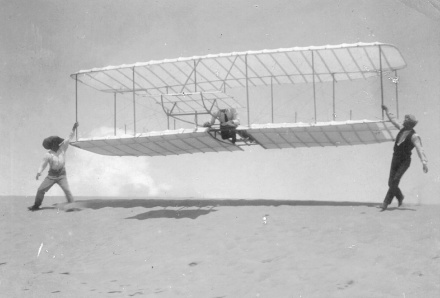 It’s going to be a long bus ride home for the Bonnies through snow and ice and the wide expanses of nothingness in the state of Ohio after they were handed their asses again by Dayton at UD Arena Saturday afternoon.

In early January UD pounded SBU at the Reilly Center. At least then the Bonnies could just stammered across the desolate, student-less campus to their dorms/apartments after taking their whooping.

The Bonnies led once – once – after Dion Wright made a layup a minute, 22 seconds into the game. It was essentially all Dayton from there.

The Flyers led by as many as 11 points in the first half, by eight at halftime and maxed out with a 19-point edge thereafter.

Iakeem Alston, making his first start with the Bonnies, kept his team close in the first half after a rough start. Meanwhile, his fellow backcourt mate, Marcus Posley, was off his game again.

Jordan Sibert (24 points) and Dyshawn Pierre (15 points, 13 rebounds) keyed the Flyers, who shot 52 percent from the floor. #TrueTeam . Apparently, a #TrueTeam consists of players that violate rules and get kicked to the curb. LOL.

After Alston got heated up, the Bonnies pulled within 28-24 with possession of the ball. Andell Cumberbatch missed a nice look at a 3-pointer with 4 ½ left before halftime and SBU never got closer.

The Bonnies still only trailed by six with 1.4 seconds left in the first half. Sibert took a baseline inbound pass and was fouled by Cumberbatch while shooting a long jumper. Sibert buried both freebies and, instead of going into halftime down a six-pack, SBU limped to its locker room down eight.

The Bonnies left the floor while Sibert shot his free throws. Schmidt, meanwhile, stayed behind to glare fiercely at one of the refs. Such fierce glaring did not change the call or the score. It also did not ignite the Bonnies in the second half.

The Bonnies did not make a 3-pointer. They were 0-11. Marcus Posley, the team’s best perimeter shooter (allegedly), was 0-7.

The Bonnies also did not a hit a 3 against Richmond about a month ago. They were 0-10 in that game.

The Bonnies had six assists and 17 turnovers. Swaggy Jay Adams? Where are you?

There are more bad stats. I just don’t feel like digging through them.

Marcus Posley, AKA The Sandman, AKA MP3, AKA Big Shot Pose, had about as much positive effect on the Bonnies as a wet sandbag. AKA Wet Sandbag.

Posley is clearly the Bonnies MVP this season. He has had a helluva run. He was the national player of the week for heaven sakes. He should be at the very least second team Atlantic 10.

BUT … he hasn’t been very good in the overall grand scheme of things since torching Duquesne with a 36-point, 12-20, 8-11 effort in that miraculous victory in Pittsburgh.

Alston, after turning it over twice in the Bonnies first three possessions, settled in nicely. He scored seven consecutive points and took a charge right in the chops during a dynamic stretch in the first half that got SBU back in the game.

Alston, a junior college transfer who came to SBU pretty highly regarded, scored 11 points on 4-4 shooting and only turned it over one more time after the first two.

Dayton defenders had a tough time keeping Alston in front of them, as he finished two layups on drives – plus the foul.

Alston just needed some confidence – in himself and from his coach. They may turn it over a little more, but I think the Bonnies will be OK without Swag.

When the Olean Times Herald’s J.P. Butler asked Schmidt about Swagster’s injury on Friday, the coach refused to comment.

By Saturday morning, the tone had changed: SBU sent out a press release saying Swag was out indefinitely “after surgery to repair a fracture/dislocation in the ring finger of his right hand.”

There is no timetable for Swaggy’s return, though the release indicated the player could return this season. He sat on the bench Saturday with a huge cast covering his hand.

We broke the news here first.

Something to be optimistic about (sort of)

Youssou Ndoye (7-10) and Dion Wright (4-6) combined to shoot 11-16. Ndoye should have touched the ball more in the post. Posley should have forced perimeter shots less (or at least hit a few more).

Something else to be optimistic about

Thanks to Ndoye, Wright, Denzel Gregg and the slashing of Alston, the Bonnies scored 50 points in the paint. The ball should have went their every possession against the smaller Flyers. Clearly, it did not.

With Swagger out, freshman guard Idris Taqqee received 17 minutes of playing time. He reminds me of Jordan Gathers when Gathers was a freshman – horrible shooter, aggressive defender, lots of potential. It’s a good thing that he will be seeing more of the court down the stretch of this season.